It is important to note that in South Africa, our default marital regime is “in community of property”. For many couples this is not the ideal option. It is therefore vital to consult your lawyer and make an informed choice rather than drift blindly into the default regime. A legal Antenuptial Contract (ANC) also avoids doubt and potential for dispute which can result in unnecessary legal cost. It safeguards the couple’s Estate and ensures proper distribution of assets in the case of a divorce.

At Faure & Faure Inc. Attorneys we have a dedicated legal team who assists couples with their ANC. The consultation process includes the following:

What if we get married in a country where ‘’out of community’’ is the default option?

Don’t assume that you will be married out of community of property if your marriage takes place in a country where “out of community” is the default or that it is your nationality/citizenship that counts. No matter where you tie the knot and no matter what your citizenship is, what counts is where the husband is domiciled at the time of the marriage.

Example of how an ANC can influence asset distribution upon divorce.

The importance of detail:

A recent Supreme Court of Appeal decision (M v M (332/2015) [2016] ZASCA 5, 9 (March 2017)) illustrates once again how essential it is, before getting married, to have your lawyer structure your ANC correctly, and with as much detail as is needed for certainty.
A divorcing couple had married and divorced three times. They had, in respect of the latest divorce, been married out of community of property with the accrual system, so each was in principle entitled to 50% of all “accrual” (growth) in their estates after marriage, except as specifically excluded from accrual by their ANC. The husband had, on the advice of his accountant, created a new legal entity for each of his new timeshare business ventures, in order to ensure that if one business failed, the others would not be affected. In their ANC the couple had specified which of the husband’s assets (including interests in business entities such as trusts, CC’s and companies) were excluded from the accrual.
Upon divorce, the wife asked the High Court to declare the assets of three trusts to be assets of her husband for the purpose of accrual on two grounds:

The outcome and the lessons to be learned:

The SCA held that none of the trusts’ assets were to be taken into account in determining accrual in the husband’s estate. In respect of two of the trusts, on the particular facts of this case they weren’t covered by the exclusion clause which provided that exclusion was to extend to “any other asset acquired by such party by virtue of the possession or former possession of such asset”.  The Court rejected the husband’s argument that this should be read widely to exclude “any asset acquired as a result of his activities in the timeshare industry” – it only covered “the particular asset, its proceeds, and assets which replace the excluded asset or are acquired with its proceeds”.

If you want a wide exclusion of a particular class of assets from the accrual process, stipulate so clearly in your ANC. However, the wife also had to convince the Court that the trusts were the “alter ego” of the husband. She was able to convince the Court that he had “administered the trusts with very little regard for his fiduciary duties as a trustee and without proper regard for the essential dichotomy of control and enjoyment essential to the nature of a trust and … such conduct may have justified his removal as a trustee, or the appointment by the Master of an independent co-trustee…”
What she had failed to prove was any “abuse of the trust form” nor that “the trust form [was] used in a dishonest or unconscionable manner to evade a liability, or avoid an obligation.”   Firstly, the husband’s use of separate trusts for each new business venture was a “legitimate business activity” given his “overall business strategy”. Secondly, there was no proof that the husband “transferred personal assets to these trusts and dealt with them as if they were assets of these trusts, with the fraudulent or dishonest purpose of avoiding his obligation to properly account to the respondent for the accrual of his estate. In addition it was not established that the transfer of assets to these trusts by the appellant was simulated with the object of cloaking them with the form and appearance of assets of the trusts, whilst in reality retaining ownership.”

If you want to attack your spouse’s use of trusts to hold assets, you will need to prove more than just misconduct in the administration of the trusts.  You will also have to prove a fraudulent or dishonest attempt to avoid the consequences of accrual, which is not always as easy as it seems.
. 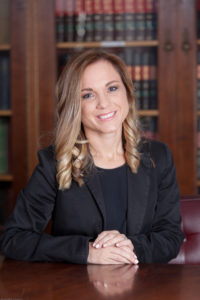 Marelize Meintjes is a Director at Faure & Faure Inc. Attorneys who specialises in Family Law. As Marelize deals with divorces on a daily basis, she is able to offer valuable advice to clients on how the ANC will be interpreted upon divorce and what clauses to be wary about. She has more than 6 years’ experience with Antenuptial Contracts and related Family Law matters.
For more information, contact Marelize Meintjes on 021 871 1200 or email marelize@faurefaure.co.za.
Share Post: