Possession of an unlicensed firearm is, for good reason, a serious offence carrying heavy penalties. Media reports suggest that only 3m out of a total of 5.3m guns are registered and legally owned. That’s 2.3m illegal firearms out there!

What happens when a firearm licence expires?

Caught up in this is the almost half a million South African gun owners who have always held their firearms legally in terms of valid licences but have, for whatever reason, not renewed them on time. Not only private citizens are involved but also security service providers. The Court in this case estimated that up to 60 million rounds of ammunition are involved.

These gun owners are faced with a serious quandary in that, following a Constitutional Court finding that the Firearms Act’s provisions pass constitutional muster, the police have been pressuring them to surrender their firearms for destruction or face arrest and prosecution. The argument is that once a licence has expired it comes to an end and cannot be renewed. Therefore rendering the possession of the firearm/s unlawful.

Of course the best advice is to always apply for renewal of your licence in good time. (At least 90 days before expiry). Holders of expired licences now at least have some interim respite following a High Court ruling. The Court has, pending determination of a full application by GOSA (Gun Owners of South Africa) to resolve the situation, ordered that SAPS: “…are prohibited from implementing any plans of action or from accepting any firearms for which the licence [has] expired at its police stations or at any place, for the sole reason that the licence for the firearm expired and… from demanding that such firearms be handed over to it for the sole reason that the licence of such a firearm has expired…”.

Note that this is only interim relief. There is still much uncertainty over what the final outcome of this case will be. including:

Christie Viviers, Director at Faure & Faure Inc. Attorneys recommends: “Until there is clarity on all these issues it is suggested that you contact one of our Attorneys. They will provide advice relating to this matter. Kindly note that should you feel that your firearm must be handed in at your nearest police station, and the police refuse to accept your firearm, it is advisable that you obtain an official letter from the official concerned. This letter should state that you wanted to surrender your firearm, but that it was refused. Alternatively, you are entitled to request that the firearm be held for safekeeping by any registered dealer in firearms.” 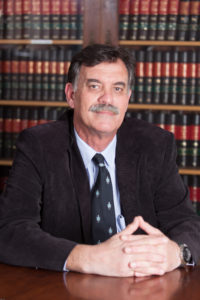