It stands undisputed that the Constitution of the Republic of South Africa (herein after called the Constitution) has championed the rights of children towards what can be regarded as a very progressive children’s rights framework. Post 1994 saw radical changes to the children’s rights framework, which previously, in the very least could be described as authoritarian and abusive. Corporal punishment, which is the topic being dissected, was widely regarded as a weapon to silence the voice of the youth and to dishearten their urge to overcome.

Recent media reports have implicated a prominent school in an array of allegations, largely contending the use of corporal punishment by certain members of staff against learners. The South African Human Rights Commission (SAHRC) has since become involved and expressly indicated that an investigation has commenced to establish the merits of the allegations made. The outcome of the investigation shall presumably be made public after the investigation has been completed.

Traditionally, corporal punishment was used as a means of disciplining unruly children and further, to facilitate an adequate transition into manhood. As will be discussed later herein, various biblical scriptures also condone the use of corporal punishment.

The civil rights organisation Section 27 notes that pre 1996, corporal punishment was implemented in schools for both black and white boys whereas only black girls’ schools employed corporal punishment.[1] Thus it is suffice to accept that although, females to a certain extent were exposed to corporal punishment as will be discussed later herein, it was mostly the males who had to endure the brunt.

Corporal punishment to a large extent involves a myriad of complimenting and competing constitutional values which has, as will be discussed later herein, been subjected to constitutional evaluation under the tutelage of some of the finest constitutional scholars of our democracy.

In the new Constitutional era, children began to develop autonomy through a progressive children’s rights framework informed by the Convention on the Rights of the Child (CRC) and the African Charter on the Rights and Welfare of Child (ACRWC). The new dispensation voiced clear human rights values which brought the proverbial curtain down on an era, definitely crippled by a longstanding history of human rights violations, an era which was to a large extent incapable of passing constitutional evaluation.

In 1996, the legislature adopted the South African Schools Act No. 84 of 1996 (herein after called the Schools Act). The Schools Act brought along with it Section 10[2] thereof which reads as follows:

(1) No person may administer corporal punishment at a school to a learner. 10

(2) Any person who contravenes subsection (l) is guilty of an offence and liable on conviction to a sentence which could be imposed for assault.

The wording of the provision is clear and concise and certainly required no further interpretative scrutiny by the Courts. However, in 1996 Christian Education South Africa[3], in a plethora of litigation, sought to be exempted from the scope of application of Section 10 of the Schools Act, contending predominantly that the provision to a large infringed the rights of freedom of religion, education, privacy and lastly, language and cultural rights.

The apex of the judiciary, the Constitutional Court was most certainly the best suited forum to adjudicate on this very contentious topic. It what became later known as the Christian Education Case, retired Constitutional Court Justice Albie Sachs produced of the finest judgements in the constitutional era of democracy. In it Justice Sachs eloquently summarises a wide variety of competing constitutional rights and values, each not lacking substantive merits.

Christian Education South Africa argued, amongst others, that corporal punishment is qualified in a variety of biblical scriptures and thus, section 10 imparts on the right to freedom of religion in that there now exists, in Section 10 of the Schools Act, a provision expressly denying the imposition of what is biblically considered to be a means of discipline[4].

The interests of government were represented by the Minister of Education, who contended that the relief sought was not in line with a host of rights in the Bill of Rights and further, that the objective of the new education framework was to infuse human-rights and constitutional values. It was contended that the education framework entrenched in the Schools Act and the National Education Policy Act applied to both public as well as private schools. In summary, the rule of law was argued to be supreme and that all persons shall be subjected to equal treatment in terms of such rule of law.

Justice Sachs notes in his judgement the following, “the measure was part and parcel of a legislative scheme designed to establish uniform educational standards for the country. Educational systems of a racist and grossly unequal character and operating according to a multiplicity of norms in a variety of fragmented institutions had to be integrated into one broad educational dispensation. Parliament wished to make a radical break with an authoritarian past.”[5]

The practical challenges of the relief sought are described accurately by Justice Sachs with the following remark in his judgement, “it relates to the difficulty of monitoring the administration of corporal punishment. It will inevitably be administered with different force at different institutions, or by different teachers, and there is always the possibility that it will be excessive. Children are put in a very vulnerable situation because they (and their parents possibly) can only complain about excessive punishment at the risk of angering the school or the community.”[6]

Despite the judgement handed down in the Christian Education matter, judging by the latest media reports, there still exists a culture of corporal punishment in schools. The reliance on the use thereof, which varies across the board from religious principles, to outright disciplinarian grounds, remains incapable of surviving constitutional evaluation. Parental consent simply cannot override the provisions of primary legislation. Justice Sachs specifically emphasises in the Christian Education Case that the delegation of authority by parents to teachers cannot be sustained in that there exists to a wide margin for abuse of children, abuse which undoubtedly has clear potential for substantial emotional and physical trauma.

Needless to say, the Courts have adopted a clear stance, a stance which is undoubtedly against the use of corporal punishment in schools. Therefore, despite the challenges faced by educators in the classroom, corporal punishment will most certainly never again be implemented as a means of discipline.

Children, post 1994 moved away from the traditional notion of being seen and not heard to having an autonomous voice, one which can speak to the degrading and atrocious nature of corporal punishment. It should be noted in conclusion that the Courts stands judicious in its stance for the reason that it is a reality for most children that the only protection they will ever endure in their lifetime would be the judicial protection afforded the Christian Education case.

The duties imposed upon educators is guided, regulated and to a large extent, informed by several pieces of legislation, regulations and directives. As shown above, corporal punishment is expressly prohibited by Section 10 of the Schools Act, and thus educators who use corporal punishment may be subjected to disciplinary proceedings by the Department of Basic Education alternatively, such educators could face criminal charges of assault.

Although the merits of each case can be accepted to differ from case to case, it is clear that the abolishment of corporal punishment together with the reasons thereof as pronounced upon by various Courts, warrants an approach which is decisive and establishes a clear stance against the use of corporal punishment.

Children should on no occasion be exposed to any form of discipline which has the potential to inflict emotional and physical trauma. Thus, educators who use corporal punishment in schools must be prepared to combat the full brunt of the applicable laws which harbours substantial disciplinary sanctions, the ultimate being dismissal. 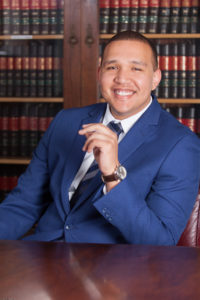