We are on the eve of a general election: posters proclaiming political ideals and promises abound and the telephone polls have sprouted flimsy leaves that will fall off after all is said and done. The electorate is abuzz-who to vote for, who to support? What is to be? Will the sky fall?

Which all got me thinking about elections in general and the right to vote. Where does this all come from and what is our obligation?

History: your right and obligation to vote

Chapter 2 of the Constitution of the Republic of South Africa incorporates a Bill of Rights and Section 19 thereof defines Political Rights. Amongst these is the right to vote.

The right to vote is also known as active suffrage. The word suffrage comes from the Latin word “suffragium”, which includes the meaning “the right to vote”. It is also the Latin “res publica” which is the root of the word “republic”, which is tantamount to “the state”. These concepts were well-known to the Romans and elections were an essential part of Roman history and governance.

The Romans had election campaigns that lasted for between 17 and 25 days and that began when the magistrate in charge of elections announced the election day. Unlike politicians who dress today in suits and even red overalls, candidates would wear white togas known as the “toga candida”-from this the word “candidate”. Use would be made of a slave known as a “nomenclator” to whisper into the ears of the candidates the names of voters he had memorized. Political rallies were not allowed and so, to attract voters, candidates would hold banquets and give away free tickets to the games.

Politicians used strategies that are not dissimilar to those used today by modern politicians: friendships with those of a higher status, reminding those in your debt that they should repay you with support, recalling favours and as was advised to Marcus Cicero by his brother Quintus “people would prefer you give them a gracious lie than an outright refusal”.

The Greeks and Democracy

Democracy means “power of the people” in Greek and as long ago as the 5th century BC Athenians were attempting a direct democracy where everyone had a voice. Important issues were decided at assemblies held 4 times a month – the Greeks even introduced payment for attendance to compensate for loss of working time! Members of councils were chosen by lot and served for short periods. In this way wide involvement was ensured. Quite how it made for efficient government is uncertain.

Elections during the Middle Ages

Jumping ahead to the Middle Ages, elections were regular occurrences with people electing bishops, popes, abbots, mayors, members of town councils and parliament. There are comparisons that can be made with modern elections. Elections were often the cause of argument and strife, revolt and rebellion. Feudal systems abounded more than any real form of democracy though. Mogens Jallberg is attributed with the wisecrack “in democracy it’s your vote that counts. In feudalism it is your count that votes”!

There were widely however forms of representation quite different from modern democracy. Communes came into existence in Italy and other parts of Europe. The idea of a parliament only began to evolve in the 12th century but it is England that is commonly referred to as the “mother of parliaments”.

The Constitution of the United States of America is regarded as the first formal blueprint for a modern democracy. Initially though the Americans enjoyed a restricted franchise as did the English. The electors were middle-class and male!

The history of female suffrage is well documented. Only in 1920 was the 19th amendment done to the USA constitution stating that the right to vote shall not be denied “on account of sex” and in Britain it was only in 1928 that women were given complete parity with men.

The majority of South Africans were denied the right to vote until the dawn of our new constitutional republic. Our first nation-wide, multiracial, democratic elections took place in 1994 and an estimated 20 million South Africans took part being an estimated 86% of the population.

When looking at the evolution in democracy as set out in this rather incomplete history above one realizes that the right to vote should not be taken lightly.

Politicians should probably be treated less seriously on the other hand. As Ronald Reagan said “Politics is supposed to be the second oldest profession. I have come to realize that it bears a very close resemblance to the first”. 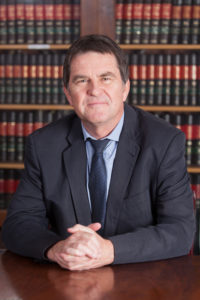