STEPS AN EXECUTOR SHOULD FOLLOW TO WIND UP AN ESTATE

The death of a spouse, parent or other loved one is usually quite an emotional experience for those involved. Despite the trauma, there are certain practical considerations related to the process of administering the deceased’s affairs that cannot be ignored. The administration of estates is set out by the Administration of Estates Act No 66 of 1965.

The first question many loved ones of the deceased person asks is, “How long does it take to wind up the estate?” Out of my experience, a deceased estate can take anything from six months (which is almost impossible), to several years to finalise.

The time required depends largely on the size and structure of the deceased person’s assets and liabilities.

In the case of an estate smaller than R250 000, the process is usually fairly simple and an executor is not appointed, but a person – usually a family member – is authorised by the Master of the High Court as the Master’s Representative, to pay and collect debts and distribute the assets of the deceased to the heirs.

This article deals with estates valued at more than R250 000, in which case an executor needs to be appointed. This person will:

The five bullet points above might seem fairly easy to grasp and might make the above statement of “several years” sound over exaggerated, but let us go into a little bit of depth on the above points:

APPLY FOR LETTERS OF EXECUTORSHIP TO BE ISSUED BY THE MASTER OF THE HIGH COURT.

Firstly, the loved ones of the deceased or the nominated executor will have to complete the reporting documents, which includes, Death Notice, Inventory, Acceptance of Trust of Executor. In the instance that the deceased did not leave a Will in which an Executor is nominated, a nomination for an executor has to be completed by the next-of-kin of the deceased. A next-of-kin affidavit will also have to be completed to set out who will be the heirs to the estate of the deceased. The spouse and children of a deceased person is exempt from furnishing security to the Master of the High Court for being appointed as executors in intestate matter. If the deceased dies intestate and does not leave behind a surviving spouse nor children, a bond of security will have to be obtained in the amount of the total assets of the estate before the Master will issue Letters of Executorship.

TAKING CONTROL OF THE ASSETS

Once the Letters of Executorship has been issued, the executor will be in a position to request the certificates of balances of all assets and liabilities. An estate late bank account will be opened in the name of the deceased and all proceeds will be requested to be paid into the estate late bank account. The executor, in the event that estate duty will be payable, and the surviving spouse who is not the only heir to the estate, will have to obtain valuations by a sworn appraiser. Estate duty will be discussed in further detail in an article to follow later in the series. If the estate holds immovable property which has to be sold out of the estate, the executor will proceed to sell the property and effect transfer thereof. The time taken to wind up an estate will be influenced by the service levels the executor or agent of executor of the estate, experiences when dealing with various institutions such as the office of the Master of the High Court, SARS, financial institutions, share securities and the deceased’s employer.

ADVERTISE FOR DEBTORS AND CREDITORS

Once the executor has established what all of the assets and liabilities in the estate is and the advertisement period for the debtors and creditors has expired the L&D account has to be drafted. This account sets out all the assets in the estate, the liabilities and how the net assets is to be distributed. The distribution will be done according to the will of the deceased or the provisions of the Intestate Succession Act 81 of 1987. The account will be examined by the Master of the High Court and once approved another advertisement then placed in the Government Gazette and a local newspaper advising all interested parties that the account is available for inspection at the Master’s office and the local Magistrates Court for a period of 21 days.

Sometimes, due to a complex asset structure or tax issues, especially when estate duty is payable, several Liquidation and Distribution accounts will have to be drawn before the estate can be finalised.

DISTRIBUTE THE DECEASED’S ASSETS IN ACCORDANCE WITH THE PROVISIONS OF THE WILL/ LAW OF INTESTATE SUCCESSION AND AS SET OUT IN THE L&D ACCOUNT.

When the inspection period of 21 days has lapsed without any objections, the estate will be ready for distribution. If there are immovable property and/or shares, the transfers may be affected. Any cash may be distributed to the heirs of the estate and the proof of the distribution will be forwarded to the Master of the High Court. The Master will inspect whether the distribution was done correctly and issue the executor with a letter stating that all requirements has been complied with. Where after the estate will be considered to be finalised. 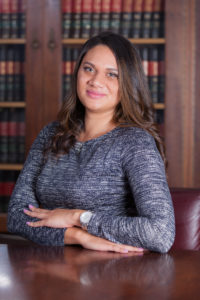