In the words of President Cyril Ramaphosa, “South Africa is in a deep and serious crisis…” Therefore it would not be a surprise if your company experiences financial difficulty or are undergoing structural change, that leaves you pondering over what the future holds. So do not be astonished if you receive a written notice informing you that you are being retrenched.

I have recently come across a financial institution in South Africa retrenching employees due to structural changes. The employee duly represented by a trade union experienced all kinds of uncertainty. One moment retrenchment was contemplated and suddenly he was informed to re-apply to the position he held prior to retrenchment. He directed his queries to his representative who informed him, “unfortunately it is the process.”

In the case of South African Clothing and Textile Workers Union & Others v Discreto (JA95/97) [1998] ZALAC 9 (22 June 1998) the court held, “for the employee fairness is found in the requirement of consultation prior to a final decision for retrenchment…” and “the function of a court in scrutinizing the consultation process is not to second guess the commercial or business efficacy of the employer’s ultimate decision but to pass judgment on whether the ultimate decision arrived at was genuine and not merely a sham.”

The most important purpose of any enterprise is to generate income. Therefore, employers must constantly adapt to the financial climate. This is a gruelling task because livelihoods are at stake, of both employer and employee. It is trite that the proprietor needs to generate money before he can offer employment. In the pursuit of a more desirable cash flow, adaptation must be a priority as change in the economy is inevitable. It requires employers to make certain acquisitions or part ways considering business efficacy – latest technological advancements would always be a cut above that which an employee can produce.

It is clearly stipulated in the Labour Relations Act (s189), that a retrenchment must be based on a structural, technological, economical or similar need. However, employers can easily disguise a dismissal for misconduct or incapacity as a retrenchment. The purpose of section 189 of the Labour Relations Act 66 of 1995 (hereinafter referred to as the Act) is aimed at the preservation of jobs and to ensure that a meaningful engagement occurred in businesses with less than 50 employees. If an employer contemplates refashioning their business due to economic, technological or structural needs they must comply with Section 189 of the Act. The section ultimately seeks to prevent businesses from concealing actual rationalization. The court clearly states that retrenchment must not be used as a disguise to solve underlying problems in SA Mutual v IBSA & Others 9 (BLLR) 1045 (2001).

What does section 189 of the Act entail?

1. When an employer contemplates dismissing one or more employees for reasons based on the employers’ operational requirements, the employer must consult:

The employer cannot delay the matter, nor can it happen rapidly as in the case of Vermeulen v Investgold CC and Another [2015] 4 BLLR 447 (LC) where the employer rushed through the topics for consultation. The employer cannot force the decision to retrench on any employee, trade union or any other representative. Consultation is a timeous process and should be afforded the attention it deserves. The court held in Vermeulen v Investgold CC and Another [2015] 4 BLLR 447 (LC), “it is not appropriate to apply a checklist approach” hence the court must be satisfied that a meaningful engagement occurred as referred to below.

2. The consultations envisaged above must be a meaningful joint consensus seeking process and attempt to reach consensus on appropriate measures:

The act provides further that the employer cannot merely reject alternatives to retrenchment provided by wither employees or their representative. The employer must provide reasons to satisfy a court. Considering fairness, the employer must furnish the employee with reasons why the alternatives proposed would not satisfy the demand. The demand may differ, but it should steer the enterprise in the direction of a desirable cash flow. Hence alternatives proposed by the employee or his/her representative must always bear this in mind although it can be a daunting task as priority is to reserve ‘redundant jobs’.

Below are examples of frequently asked questions:

What happens if the employer withholds information?

Employees are entitled to any information that affirms the reason for retrenchment provided by the employer. If the employees feel that the employer didn’t disclose information essential to their case, then they can refer the matter to the Commission for Conciliation Mediation and Arbitration in respect of section 16(6) of the Act. The onus is on the employer to prove all the relevant information has been disclosed to either the employee, trade union or other representatives.

What if there are available positions you can be appointed to?

In Vermeulen v Investgold CC and Another [2015] 4 BLLR 447 (LC) the court had to review an available position within the company – a position the retrenched worker proposed as an alternative to retrenchment.

Under what circumstances can one be dismissed for operational requirements arising from poor work performance?

In FAWU and others v Ruto Mills (Pty) Ltd  (CLL Vol. 17 No. 6, January 2008) and NUM and Others v Anglo American Research Laboratories (Pty) Ltd  [2005] 2 BLLR 148 (LC) it was held that if, “employer could prove that poor performance resulted in a genuine and serious operational need to meet production targets by conducting performance evaluations over a few months.” This is clear that if the employer was objective by informing the employee of the targets, he/she must meet and the employee failed, dismissal does not amount to an unfair labour practice.

What happens if the employer proposes less favourable terms pertaining to the contract of employment?

The case of Vermeulen [2015] 4 BLLR 447 (LC) deals with an employee not wanting to accept a reduction in salary. The court said that in this case a dismissal is justified. The court could not protect the employee because an offer was made to her on less favourable terms however, she declined, and the court was satisfied that alternatives had been provided.

Who decides who must be retrenched?

It is the responsibility of both employer and employee or his/her representative on which consensus must be reached. (Refer to point number 2 above) The method on which consensus was reached must mirror fairness and objectivity. The most common method used is known as LIFO (last-in-first-out). This method simply put means, the last employee appointed should be the first one dismissed.

Employees must be afforded the opportunity to voice their opinion on any alternative and they are entitled to a justification if those alternatives were shot down. The Code of Good Practice provides guidelines to avoid disputes regarding a dismissal. The Code of Good Practice is perspicuous in that the decision to retrench must be the last decision!

Click here for a link to a copy of the Code of Good Practice: 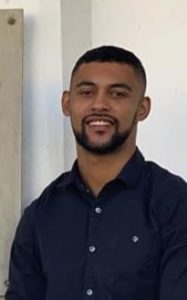