After the tragic and unfortunate death of Enock Mpianzi questions are raised such as “who should be held responsible for the safety of these children?” It has been accepted that when children are injured at school it is merely part of learning and growing up. However, when can parents hold schools and by implication the State responsible for these injuries.

The right to be cared for:

Responsibility of the State:

The State, through the Department of Education, is tasked with providing education to our children within a secure and safe environment. The State is the owner of all public-school buildings. Therefore, it is the responsibility of the Education Department to create and maintaining a secure environment for learners.

The School Act bestows upon the School Governing Body and educators the responsibilities over children in their care.

Sections 16 of the Schools Act stipulates that the governance of every public-school rest with the School Governing Body. The governing body is entrusted with the safety of the children.

Responsibility of the Principal:

The Principal’s role is of the greatest importance. The Principal represents the Head of the Department. The principal has the responsibility of implementing all educational programmes and curriculum activities. The management of the school forms part of that responsibility.

In short educators act as “in loco parentis” over children in their care. They are the de facto parent in the absence of the parents. Educators are expected and are responsible for preventing foreseeable danger so that learners are not injured.

Who is liable when injuries occur?

Section 15 of the Schools Act 84 of 1996, provides that every public school is a juristic person, with legal capacity to perform its functions in terms of this Act. Furthermore, Section 60 (1) and (2) states that, the State is liable for any damage or loss caused as a result of any act or omission in connection with any school activity conducted by a public school and for which such public school would have been liable. If the public school has taken out insurance and the school activities are covered by the insurance policy, the liability of the State is limited to the extent that the damage or loss has not been compensated in terms of the policy.

The provisions of the State Liability Act 20 of 1957, applies to any claim under as contemplated in section 60 (1).

Despite the provisions of section 60 (1), the State is not liable for any damage or loss caused as a result of any act or omission in connection with any enterprise or business operated under the authority of a public school for purposes of supplementing the resources of the school as contemplated in section 36, including the offering of practical educational activities relating to that enterprise or business.

Any legal proceedings against a public school for any damage or loss contemplated in section 60 (4), or in respect of any act or omission relating to its contractual responsibility as employer as contemplated in section 20 (10), may only be instituted after written notice of the intention to institute proceedings against the school, has been given to the Head of Department for his or her information.

Normally claims of negligence are based on foreseeability. Should a risk of harm be foreseen there is a duty to prevented it. If harm is foreseen but nothing is done to prevent it, then it amounts to negligence.

An example of negligence will be when educators are aware that the sports apparatus is broken but does nothing to repair it or prevent the children from playing on it. Similarly, if schools are aware of bullying, but do not have measures to protect the other learners this amounts to negligence. Educators must always ensure supervision when learners are together in order to prevent injuries.

If a school is aware of bullying at school the school must institute reasonable measures to prevent learners from harming each other. The school must ensure that there are enough educators especially during intervals, also during school outings and when learners are transported.

The Department has a duty, before appointing educators and other support staff, to make sure that the afore mentioned people are not a danger to the learners. Therefore, obtaining Police Clearance Certificates from the prospective employee is one of the methods that can when appointing staff.

The Department is responsible if a learner is assaulted by a staff member. If, for an example, the Department was aware of that employee’s history of assault or abuse yet still appoints him this amounts to negligence.

On the 2nd September 2009, Jacobus Hercules Van Der Merwe attended a school catering for children with learning disabilities. The learner, a hyperactive boy with learning problems (handicapped), played cricket with his friends when the ball was hit over the wire. He climbed over the fence and in the process severally injured himself on a support steel dropper which was planted alongside one of the five saplings rooted in the playground.

These droppers were planted to keep trees upright. The child was impaled on the steel dropper. The steel dropper tore through his rectum and bladder causing his pain and discomfort. He needed immediate medical attention and surgery.

The Appeals Court held that the Gauteng Court correctly held that Pro Tempo Akademie CC is liable for damages sustained by the pupil based on negligence.

In March 2004, 9-year-old Michael Byrne attended a school excursion in the form of a camp. His bed had an insufficient protective barrier and during the night he fell from the bed. He was found on the cement floor the next morning.

When found he was unconscious and having convulsions. He was taken to the hospital where he was discovered to have suffered from a fractured skull with underlying brain injuries and permanent brain damage. The father instituted a claim for damages because of injuries caused by negligent and wrongful omissions against the teachers/Minister of Education.

Can the educator/Minister of Education be held liable when a child gets hurt or injured during a school excursion?

Whether a reasonably careful parent would allow an 8-9-year-old child to sleep on a bunk bed without a secure safety barrier?

Was a legal duty present?

Does their omission to act in accordance with the legal duty amount to negligence and wrongfulness?

The court had to determine whether there was a legal duty on a person to act positively and whether the person failed to act in accordance with that duty. If they failed, then they were negligent and are liable.

Also were there a positive duty on the teachers to ensure that the bunk beds were safe and secured? If there was this duty and they failed to act in accordance therewith they are negligent and should be held liable.

As stated above educators can be held liable for injuries sustained by pupils while in their care. The Minister of Education can then be held responsible for the actions or omissions of teachers by means of vicarious liability.

The Court found that the harm was reasonably foreseeable, and it could have and should have been prevented. A reasonable educator would have guarded against foreseeable danger. The educators acted wrongful and negligently in failing to take measures to prevent the harm caused to the child.

Thus, the Court held the Minister responsible for the damages due to negligence.

A 13-year-old learner was thrown up into the air by older and senior learners.  They were playing a dangerous game in which the child was thrown up in the air and expected to fall on a cricket net. However, his fall was neither safe nor secure and he sustained physical injuries and brain damage.

The Court held the school responsible because they should have prevented the children from engaging in dangerous games. There were no teachers present and the court found that the teachers should have supervised the school grounds.

The fact that there were school rules which forbid such games or entering certain areas is not an excuse. 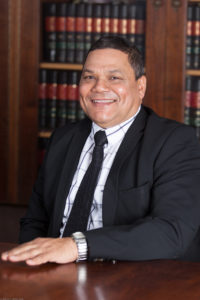