There we recently much upheaval in the “family law world” and great anxiety was felt amongst parties in the middle of divorce proceedings when the Judge van der Schyff issued judgement on the 11th of May 2022 in the “G v Minister of Home Affairs and Other” matter.

The applicant and her husband were married out of community of property, excluding the accrual system, in March 1988. The Applicant submitted that unless this application is successful, neither she nor other spouses in a similar position are entitled to apply for a redistribution order on divorce, irrespective of their particular circumstances and no matter how stark the injustices they face are. She accordingly seeks an order declaring s 7(3)(a) of the Divorce Act unconstitutional and invalid to the extent that it limits the operation of s 7(3) to marriages out of community of property by which community of property, and community of profit and loss and accrual sharing are excluded that were ‘entered into before the commencement of the Matrimonial Property Act, 1984′.

A civil marriage is traditionally defined as ‘the legally recognised life-long voluntary union between one man and one woman to the exclusion of all other persons’. Despite the prevalence of divorce in modern days, it can still be assumed that parties conclude a marriage with some sense of permanency, and at minimum, a long-term commitment in mind. Although marriage is a contract in that it is based on the consent of the parties, it is not an ordinary private contract, ‘… the act of marriage is a juristic act sui generis, and the relationship which it creates is not an ordinary contractual relationship but involves a status of a public character. The consequences of a marriage can be categorised as personal or proprietary consequences. The duties of cohabitation, conjugal fidelity and reciprocal support are personal consequences of a marriage. These consequences are ‘of the essence’ of the matrimonial relationship and cannot be excluded by agreement. Community of property and profit and loss is a proprietary consequence of marriage and can be excluded or modified by antenuptial contract or changed by postnuptial contract.

The inequality at hand is caused when, after the conclusion of the marriage, a distortion is caused by the fact that one spouse contributes directly or indirectly to the other’s maintenance or the increase of the other’s estate without any remedy. In ideal circumstances where parties commit ‘for better and worse, until death do us part’ the economic inequality that follows when one spouse contributes to the other’s maintenance or estate growth while its own estate decreases or remains stagnant, may not even be noticed. The unity of marriage conceals economic disparity because it is, for the most part, during the subsistence of the marriage of no consequence. However, where it becomes apparent on divorce that one spouse’s estate increased because of the other spouse’s contribution while the latter spouse’s estate decreased, the party who received maintenance from the other or whose estate increased because of a direct or indirect contribution by the other, have received what can be described as an unfair economic advantage on the basis of the marriage. This is the inequality that can be addressed by an order in terms of s 7(3)(a), irrespective of the race or gender of the economically disadvantaged party. This remedy is currently available only to spouses married before 1 November 1984.

Section 7(3)(a) differentiates between parties solely based on the date of commencement of the Matrimonial Property Act in circumstances where parties could either (i) apply to incorporate the accrual system into their existing marriage property regime and for one or other reason, failed, or refrained from doing so, and (ii) where parties decided to exclude the accrual system. The only difference between these groups is speculative in that it can be argued that there might be members in the first group who did not know that they could incorporate the accrual system post the commencement of the Matrimonial Property Act, while a deliberate choice underpinned the position of the second group. Speculation aside, these groups are par excellence in a similar situation, and yet the one group is denied the benefit of s 7(3)(a) only on the basis of the date on which their marriage was concluded. The differentiation amounts to discrimination based on the date on which a marriage was concluded because economically disadvantaged parties’ human dignity is impaired if they cannot approach the court to exercise the discretion provided for in s 7(3) of the Divorce Act. Unlike their counterparts whose marriages were concluded before 1 November 1984, economically disadvantaged parties who contributed to their spouses’ maintenance or the growth of their estates, are vulnerable parties whose only recourse is to approach the court for maintenance. The unequal power relationship implicit to any maintenance claim, and the extent to which it renders an economically disadvantaged party vulnerable, in these circumstances speaks for itself.

Section 7(3) is subject to subsections (4), (5) and (6). It is evident from a reading of these provisions that any party approaching the court for the relief provided for in s 7(3) must make out a case that it contributed directly or indirectly to the maintenance or increase of the estate of the other party during the subsistence of the marriage. It is patently unfair that an economically disadvantaged party who can make out a case for relief in terms of s 7(3), whose contribution is not recognised and adequately compensated by the spouse who benefitted from such contribution, is metaphorically left out in the cold at the mercy of the spouse whose estate increased, without any recourse to the court to address the injustice.

Van der Schyff, J then found that section 7(3)(a) of the Divorce Act, 70 of 1979, is declared inconsistent with the Constitution and invalid to the extent that the provision limits the operation of section 7(3) of the Divorce Act to marriages out of community of property entered before the commencement of the Matrimonial Property Act, 88 of 1984.

However, according to Van der Schyff, section 7(3)(a) is not aimed at changing the matrimonial property regime agreed to by the parties, but gives the Court the discretion in divorce proceedings, to provide relief in certain carefully circumscribed instances to spouses who contributed directly or indirectly to the maintenance or increase of the estate of their spouses whilst married out of community of property with the exclusion of the accrual system on the date when the marriage is terminated by divorce.

Parties in the pending divorce litigation should accordingly take note of the fact that an application for a redistribution order is not an easy application and there is a very high bar to get over. It is also important to note that must be a very clear “inequality” between the parties, for the applicant to be successful with such a claim. Each case will differ and be assessed on its own facts in how the applicant is to prove that she/he contributed directly or indirectly to the maintenance or the increase of the other party’s estate.

The question on how antenuptial contracts must be varied, in order to address the outcome of this judgment has not yet been clarified, but one suggestion would be to specifically exclude any pre-marital assets from any order that a court can make in term of section 7(3) of the Divorce Act. 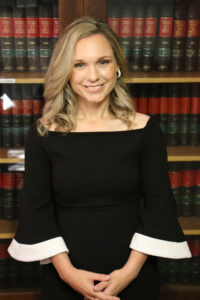 Faure & Faure Inc. – Your partner in Law in the Paarl and Boland Area.