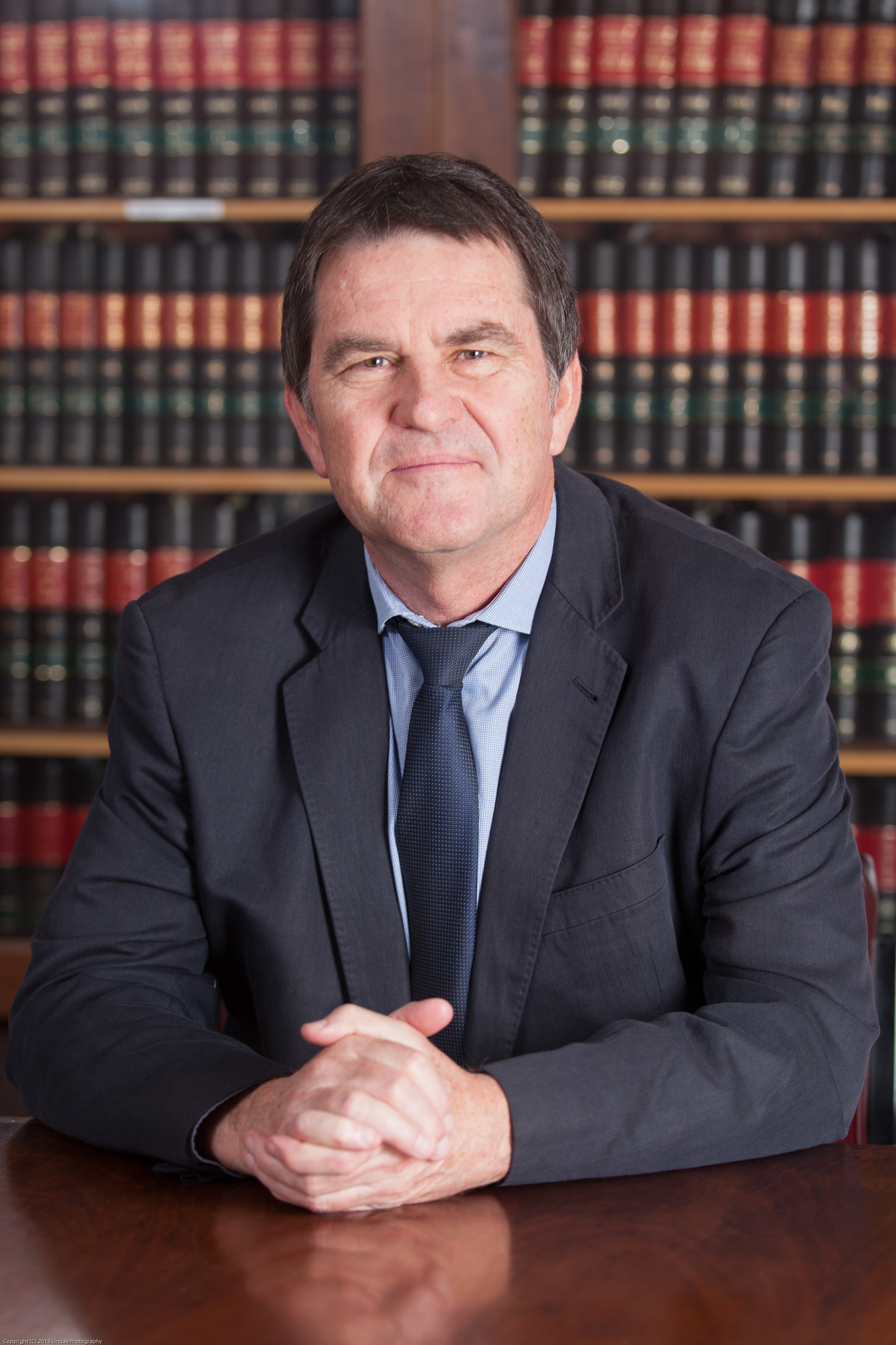 Zane completed his BA, LLB at the University of Stellenbosch in 1986 and obtained his Diploma in Tax Practice from the Rand Afrikaans University in 2000. He was admitted as an Attorney in 1990 and joined Hoffman van Tonder in Paarl. That became Hoffman & Meyer in 1996 and when the firm merged with Faure & Faure, Zane became a Director of the merged firm. He specialises in commercial and property law. Zane has invested a considerable amount of time in community service. He is a former member and past President of the Rotary Club of Paarl and has also served as the Chairman of the governing bodies of Paarl Boys’ High School, Paarl Girls High School and Paarl Boys Primary. He is a former Chairman of the Paarl Squash Club where he is still an active member and is also a member of the Paarl Golf Club. He is on the Internal Audit Committee of Boschenmeer Home Owner’s Association. He is an independent, non-executive Director of Prescient Life and Chairman of the Prescient Audit Committee. He is actively involved in a wine producing, wine grape and deciduous fruit farming enterprise.

Through various pandemics, we’ve remained your PARTNER IN LAW:

Buy or rent your house – A legal perspective

We use cookies on our website to give you the most relevant experience by remembering your preferences and repeat visits. By clicking “ACCEPT ALL”, you consent to the use of ALL the cookies. However, you may visit "Cookie Settings" to provide a controlled consent.
Cookie SettingsREJECT ALLACCEPT ALL
Manage consent

This website uses cookies to improve your experience while you navigate through the website. Out of these, the cookies that are categorized as necessary are stored on your browser as they are essential for the working of basic functionalities of the website. We also use third-party cookies that help us analyze and understand how you use this website. These cookies will be stored in your browser only with your consent. You also have the option to opt-out of these cookies. But opting out of some of these cookies may affect your browsing experience.
Necessary Always Enabled

Performance cookies are used to understand and analyze the key performance indexes of the website which helps in delivering a better user experience for the visitors.

Analytical cookies are used to understand how visitors interact with the website. These cookies help provide information on metrics the number of visitors, bounce rate, traffic source, etc.

Advertisement cookies are used to provide visitors with relevant ads and marketing campaigns. These cookies track visitors across websites and collect information to provide customized ads.

Other uncategorized cookies are those that are being analyzed and have not been classified into a category as yet.